Our Mission - "Preserving life and property in our community with compassion and pride".

The Rio Rico Fire District (dba Rio Rico Medical and Fire District/RRMFD) is a political subdivision of the State of Arizona, legally established in 1976 as  the Rio Rico Volunteer Fire Department.  The department then became a fire district in 1985 with a defined service area and tax  base.  RRFD  is established under ARS§ 48-261

Effective as of today Rio Rico Medical and Fire District will be suspending all open Burn Permits until future notice. 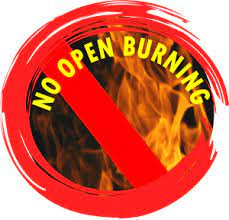 Since that time the fire district has grown to three fire stations. including an administration building, and  50 employees.The RRMFD is governed by a five-member elected board since 2010.  The board is elected to provide financial oversight and guide the policy of the district.  RRMFD has been fortunate to have a very  diverse and vested Fire Board, including years of experience in community improvement and public participation.  RRMFD would like to extend our appreciation to our board for their dedication and commitment to our community.

The Rio Rico Fire Department is always there to help my mom when she needs assistance.

The greatest little town with a big heart...

"The greatest little town with a big heart and their fire department/EMS are awesome friendly helpful people."

Check Us out on social media